I think everyone, when was a child, played tug-of-war. Maybe that’s why you will understand how funny it is to watch Lego cars, which try to decide: what’s cooler - tracks or tires. 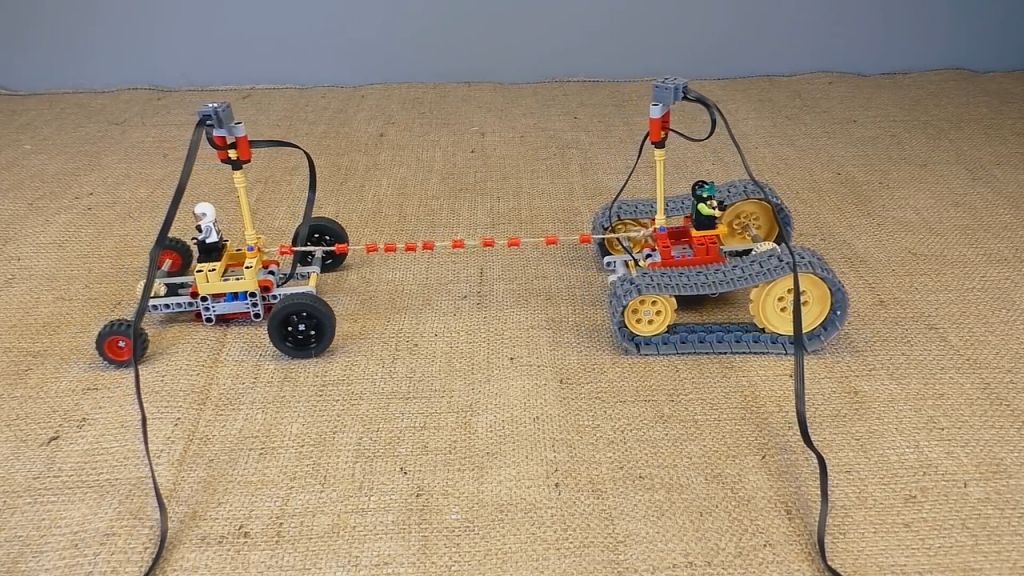 The first test showed us that car with small tires will lose track. For me, it was expected. But if we change small tires to bigger ones, the chances of this will be equal to cars. Though the second experiment showed that I was wrong and tracks were still stronger than tires. 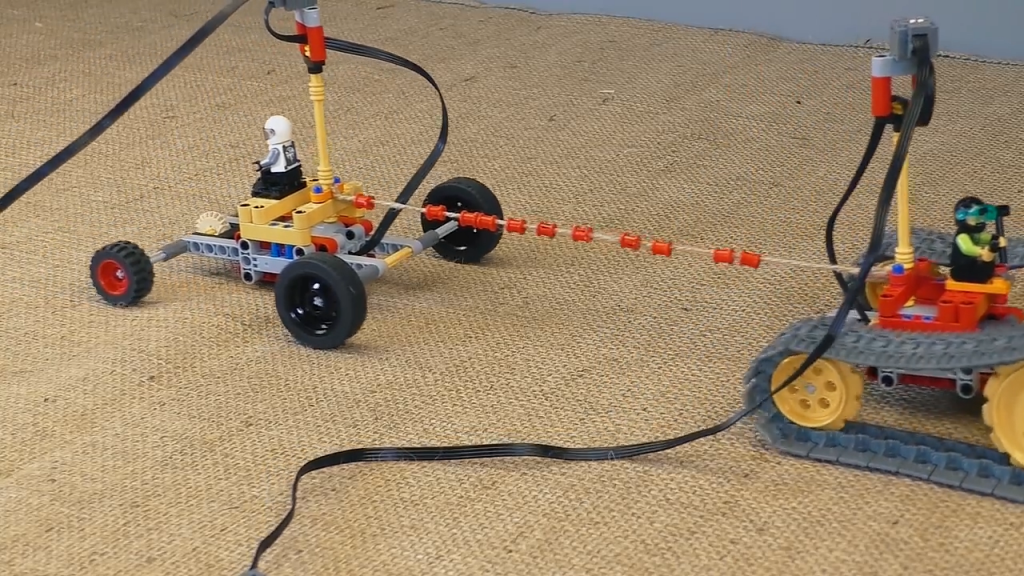 Then I found that if spin around, the car-with-tires will be stronger. I don’t even know how it works, but maybe the reason why is that one pair of tires is bigger and another one - smaller. 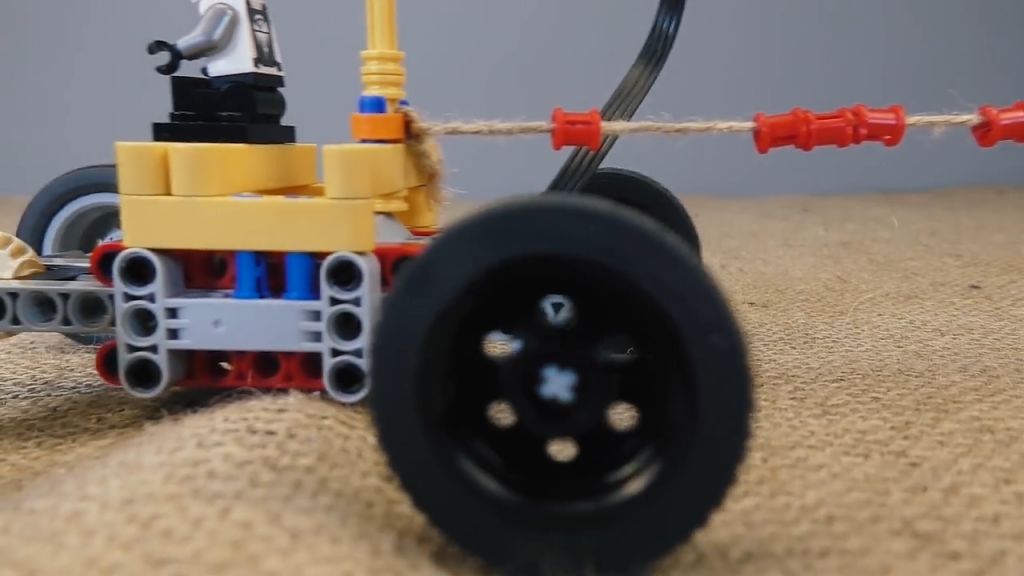 Do you think that it would be funny - change tracks to huge wheels? I do. And what’s ridiculous is that these wheels, which are put behind a small pair, don’t help the car to win. And again: if we’re gonna turn it around, the car will be the winner of this game. This situation is a puzzle that I can’t solve. 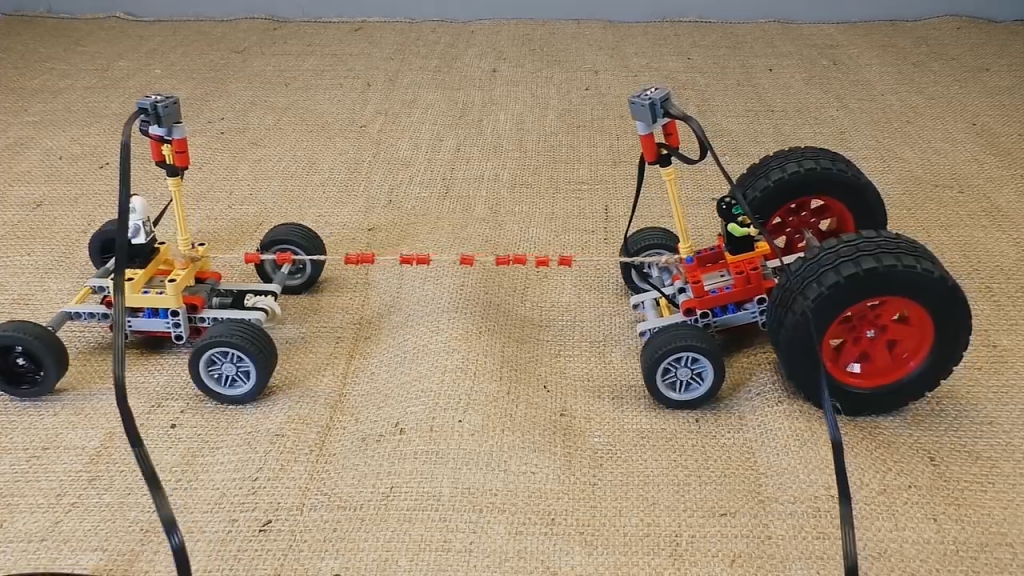